Nigerian Soldiers Torture Policeman To Death, ‘Marriage Is Not Ordained By God’ – Olunloyo…MORE

A police inspector, Hosea Yakubu, has died after he was allegedly tortured by four military men at Eleme Petrochemical gate, Port Harcourt, Rivers State. It was gathered that Yakubu was beaten to a pulp by the soldiers attached to the company last week Sunday for driving against traffic.

A brother to Yakubu said the deceased and two other officers were returning from normal patrol duties when due to traffic gridlock along Eleme they decided to drive against the normal flow. On approaching the petrochemical gate, he said they were stopped by someone on mufti, not knowing he was a military personnel, who challenged them for driving against traffic.

This led to argument with the military personnel on mufti slapping the police driver. However, when Yakubu came down to challenge him, the other soldiers joined their colleague and the whole thing escalated into a fight. He said one of the soldiers took a heavy plank and smashed Yakubu on the head.

Founder and General Overseer of Mountain of Fire and Miracles Ministries (MFM), Pastor Daniel Olukoya, has denied engaging in any fraudulent activities as being portrayed in some sections of the media, which he accused of being sponsored to tarnish his reputation.

This was contained in a statement signed by the founder’s media aide, Mr Collins Edomaruse on Saturday.

The statement partly reads; “It has become pertinent for the purpose of clarity to respond to the false allegations being peddled against the Mountain of Fire and Miracles Ministries and our General Overseer – Dr. D. K. Olukoya in the social media particularly sponsored by SaharaReporters. These allegations are seven (7) in numbers

”Marriage is not ordained by God” – Kemi Olunloyo

Nigerian journalist Dr Kemi Olunloyo has made yet another controversial statement on social media about marriage.

The self-acclaimed investigative journalist stated that marriage is not ordained by God and backed her statement with reason. Her reason is divorce. According to her, there will be no divorce if marriage was ordained by God. 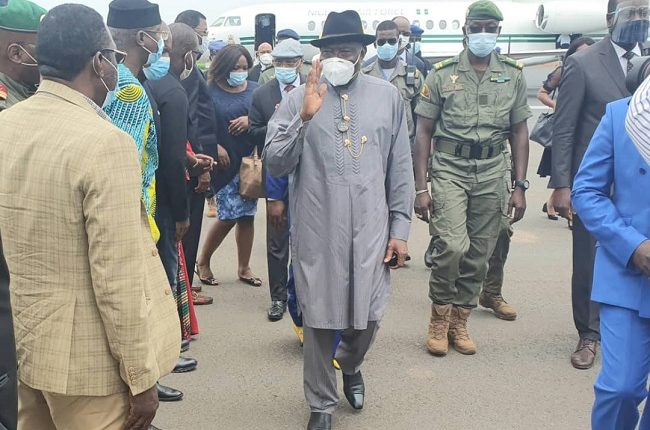 Former President, Dr Goodluck Jonathan at the weekend landed in Bamako, the Malian capital to continue with the troubleshooting initiative at the instance of the Economic Community of West African States to restore peace in the fractured country.

Mali civilian president, Ibrahim Boubacar Keita was on Tuesday night ousted in a military coup led by Colonel Assimi Goita, and his National Committee for the Salvation of the People.

President Keita had resigned and dissolved Parliament after the coup leaders detained him at gunpoint. Femi Adesina, the Special Adviser to President Muhammadu Buhari on Media and Publicity has said that he is proud to be part of the current administration. According to Adesina, criticising Buhari and his government cannot erase the gains that have been made.

The Presidential aide said this when he appeared on Channels Television’s Politics Today on Friday. “In a country of 200 million people, you will always have critics,” Adesina said. He said this does not change the fact that Buhari is at work and won’t stop to do what it has set out to achieve for the country.

Adesina admitted that there are security challenges in the country, adding that “You can’t rejoice when you have a loss of lives and wanton destruction of properties. But it is relative to say it is worsening. We are not where we were.”