The governor Mai Mala Buni-led Caretaker/Extraordinary National Convention Planning Committee of the All Progressives Congress (APC) has resolved the leadership crisis in the Cross River state chapter of the party.

Speaking after a meeting Tuesday at the national secretariat of the party, Secretary of the committee, Sen. John Akpan Udoedehe said all the parties to the dispute resolved to sheathe their swords and adopted Sen. Matthew Mbu as the new state chairman of the party. Among those who attended the meeting were the Minister of State, Power, Goddy Jeddy Agba, former Senate Leader, Victor Ndoma-Egba, Sen. John Enoh, former Niger Delta Affairs minister, Usani Usani, immediate-past National Vice Chairman of the party for the South South, Hilliard Eta and the two former warring state chairmen, Ntufam John Etim and Sir John Ochala.

Udoedehe in his brief remarks also thanked President Muhammadu Buhari for his support to the reconciliation efforts of the party. He said; “I was given a mandate by the Chairman of the Caretaker/Extraordinary National Convention Planning Committee, Gov. Mai Mala Buni to resolve the lingering crisis in Cross River State. I am happy to announce to all of us that we have reached a consensus and we have finally achieved the peace in Cross River state.

The founder of Church of the Lord of Isreal, Olomore, Abeokuta, Ebenezer Ajigbotoluwa, who allegedly impregnated two underage sisters and duped their mother of the sum of N1.5m, has blamed an evil spirit for his actions.

The 57-year-old was paraded alongside 37 other suspected criminals at the state police headquarters, Eleweran, Abeokuta, on Monday. He, however, denied impregnating the two sisters, claiming that he only impregnated one whom he was legally married to. Ajigbotoluwa explained that he was deceived by an evil spirit to marry the girl. The cleric, who admitted that he had sinned against God, said he would embark on prison evangelism if forgiven.

He said, “There is no man of God that Satan will not hunt, except the person that his time has not come. “If I can have favour from God, Nigerians and the government, then it is my promise that I will turn a new leaf and I will be preaching to prisoners. “I will be going to cells to preach to them; that is the kind of ministry I want to establish to change people if God can give me the grace. “If I knew it was bad, I wouldn’t have done it; as it’s happening now, it is a disgrace to me.” The embattled pastor asked people not to use his life to judge other Christian leaders.

Three soldiers and a vigilante have been killed by gunmen in an attempt to rescue two kidnapped foreign nationals.

The foreign nationals were kidnapped in Yakila village in Rafi local government area of Niger state. It was learnt that the gunmen had kidnapped the foreigners who are road contractors working on the reconstruction of the road from Yakila to Tegina when they attacked the construction site in their numbers on motorcycles.

The Nation learnt that both the soldiers and vigilante member were at Yakila to rescue the kidnapped victims but were killed in an exchange of gunfire with the bandits.Attempts to reach the Niger state Police Public Relations Officer, ASP Wasiu Abiodun failed as he didn’t respond to his call nor respond to messages sent to him. However, the Senior Special Assistant to Governor Abubakar Sani Bello on Security matters, Rt. Colonel Mohammed Maikundi confirmed the incident. He said security agencies mobilised and restrategized thereafter moved to the area where they also killed some bandits.

Mompha files N5m lawsuit against EFCC over his re-arrest 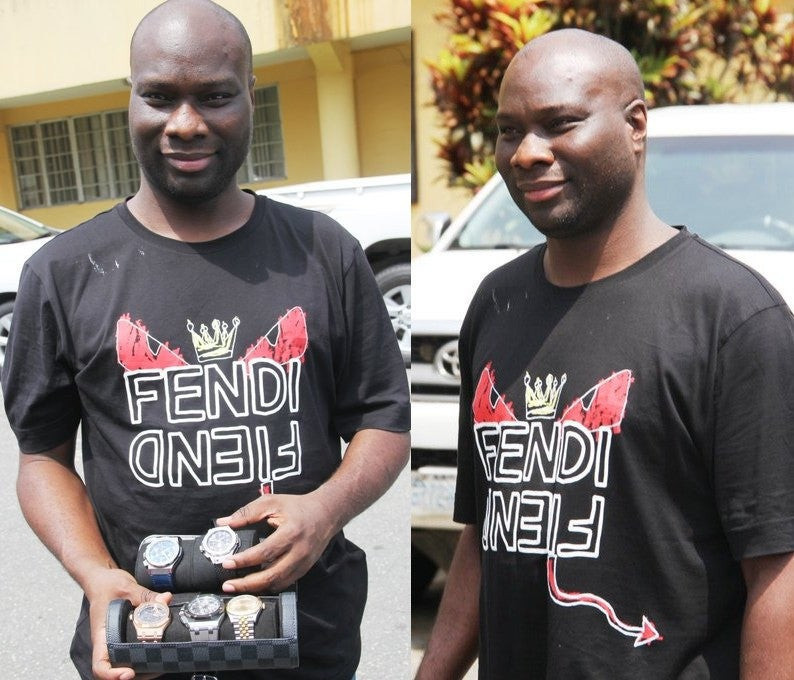 Social media celebrity, Ismaila Mustapha aka Mompha has instituted a N5 million lawsuit against the Economic and Financial Crimes Commission EFCC over his recent arrest.

LIB had earlier reported that Mompha was re-arrested last Friday, August 14 when he went to the EFCC office in Ikoyi, Lagos to reclaim his five wristwatches, one Apple Air pod, one iPhone 8 mobile phone and one pair of sunglasses, seized by the EFCC operatives last October. Following an application by his lawyer, Gboyega Oyewole (SAN), Justice Mohammed Liman had on July 24 ordered the EFCC to release the items to Mompha.

Mompha had gone to the EFCC to pick up his item last Friday. He had barely left the EFCC premises when operatives of the anti-graft agency waylaid him and took him into custody. EFCC spokesperson, Dele Oyewale, said Mompha’s re-arrest was connected to a fresh set of cyber fraud charges.

A Nigerian woman in Calabar has been reported to the police for allegedly burning her 8-year-old nephew’s back and buttocks with hot iron because he ate N50 groundnut she left at home.

The incident happened on Sunday, August 16 when his aunt returned from Church to discover that the little boy ate the groundnut. She plugged in an Iron and used it to burn his back and his buttocks.

Reports States that, the mother of the boy is late and that he and two of his siblings live with the aunt.

Gunmen suspected to be bandits in Zamfara State in the early hours of Tuesday kidnapped the children of a former Commissioner for Local Government in the state, Alhaji Bello Dankande Gamji.

SaharaReporters gathered that the bandits had fired many shots into the former commissioner’s house, thinking that he was around and killed Shafiu Isa Gamji, a neighbour, who had come to rescue his children in the process. Muhammad Shehu, spokesperson for the Zamfara Police Command, confirmed the incident in a statement, adding that one woman sustained injuries.

He said, “At about 4:30am, a large number of armed men invaded the house and kidnapped two of his children and two others including an NSCDC officer on guard duty at the house.

The Kogi State Government has extradited 78 homeless and mentally challenged persons back to their states of origin.

Those removed are from five states in the North including Katsina, Kaduna, Kano, Bauchi and Zamfara. Commissioner for Women Affairs and Social Development in Kogi, Hajiya Fatima Buba, said the beggars were evacuated from different parts of Lokoja metropolis including Zango, Ganaja Village, Obasanjo Square among others to the ministry’s rehabilitation centre where they will be transported back to their various home states.

Buba disclosed that the evacuation exercise was not discriminatory but to rid the streets of beggars roaming Lokoja metropolis.