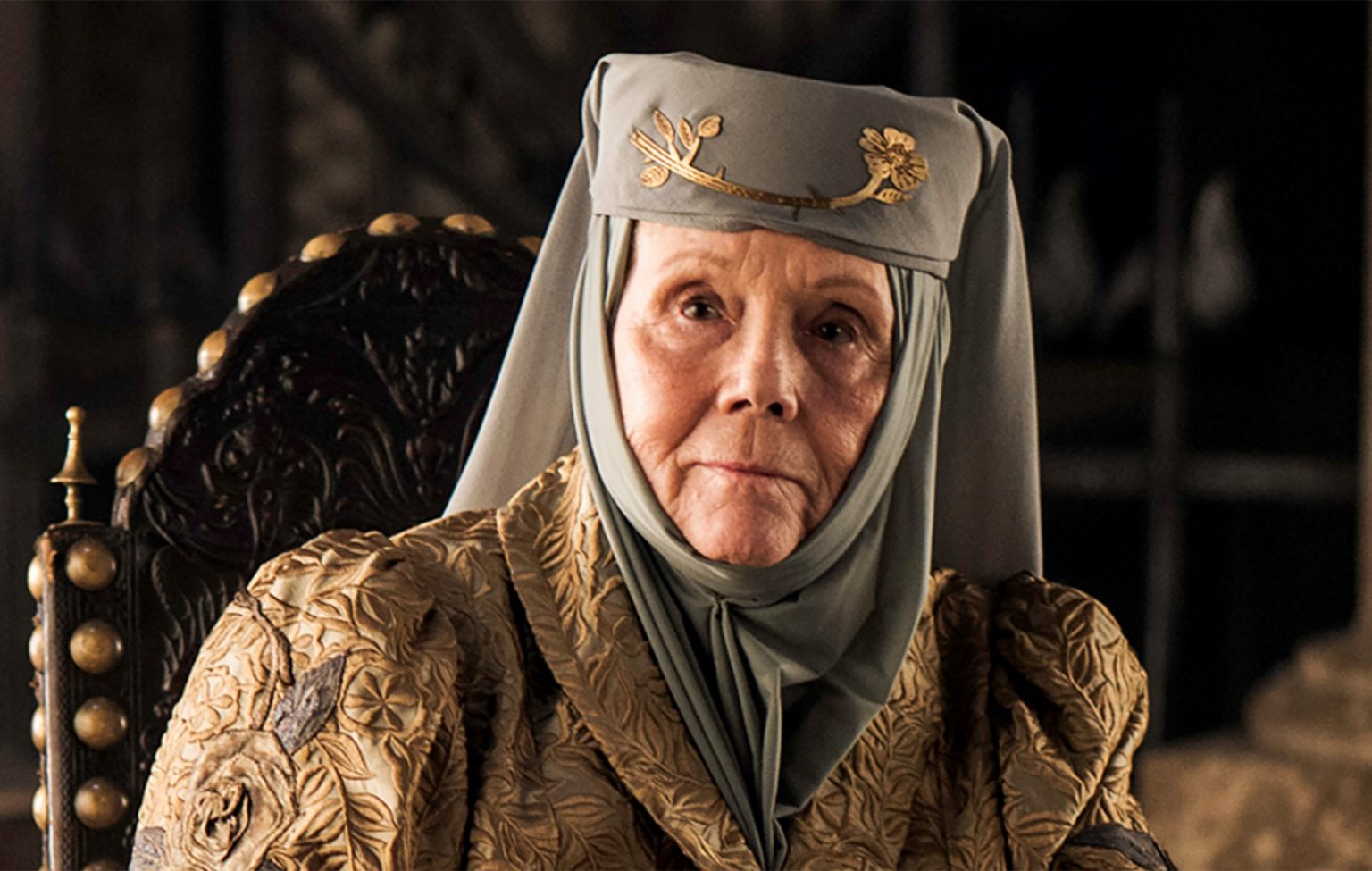 Award-winning British actress Diana Rigg, who starred in the “Game of Thrones”, is dead.

She died at aged 82, her agent, Simon Beresford confirmed on Thursday. Simon Beresford in a statement expressed sadness over her death and demanded that the family be given some privacy. “It is with tremendous sadness that we announce that Dame Diana Rigg died peacefully early this morning.

She was at home with her family who have asked for privacy at this difficult time. “Rigg was an icon of the theatre, film and television,” the statement added. Rigg also starred in the original “The Avengers” television series among other movies. 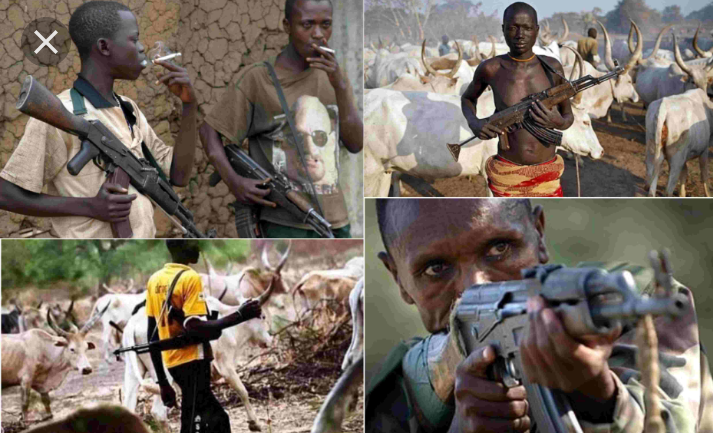 Their corpses were found with gun bullets and machete cuts on Thursday by a search party after they didn’t return home from the farm on Wednesday. Nasarawa Police Command confirmed the killing, triggering tension in the area. Police Public Relations Officer ASP Ramhan Nansel told The Nation combined security operatives had been deployed to Kadarko and environs to forestall any further attack or reprisal.

A Tiv Community leader, Mr. Titus Chahur, alleged the victims were attacked by suspected herdsmen in Icenyam village of Kadarko Chiefdom. He called on the State Government to take urgent actions to stop the incessant killings in the area.

Breaking: Kwara state stadium to be named after Rashidi Yekini

Gov. AbdulRahman AbdulRazaq of Kwara has pledged to immortalise late Super Eagles legend, Rashidi Yekini, by naming the Kwara State Sports Stadium in Ilorin after him.

The governor disclosed this on Thursday in Abuja when he paid a courtesy visit to the Minister of Youth and Sports Development, Mr Sunday Dare, in his office. He said the process was underway to rename the stadium after the former Super Eagles gangling striker, an indigene of the state. “We will send a bill to the State House of Assembly to immortalise Rashidi Yekini with the name of the stadium changing after the approval,” AbdulRazaq said.

Earlier, Dare said the ministry had written series of letters to the Kwara Government on the need to immortalise the football icon. Dare urged the governor to sustain his support for sports development as it was a veritable tool for engaging the youth and reducing social vices in the country. 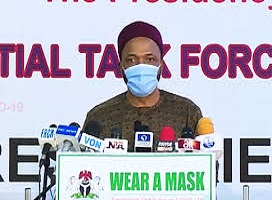 The Federal Government said it has not come to a point where it is convinced that schools should be re-opened for academic exercise after their closure due to Coronavirus (COVID-19) pandemic.

The Minister of State for Education, Chukwuemeka Nwajiuba, disclosed this on Thursday in Abuja at a meeting of the Presidential Task Force (PTF) on COVID-19 with the Northern Traditional Leaders Committee (NTLC) on National Primary Health. The meeting was presided over by the Minister of Information and Culture on behalf of the Chairman of PTF and Secretary to the Government of the Federation, Boss Mustapha.

The meeting was to seek the support of the traditional rulers towards preventing community spread of COVID-19. 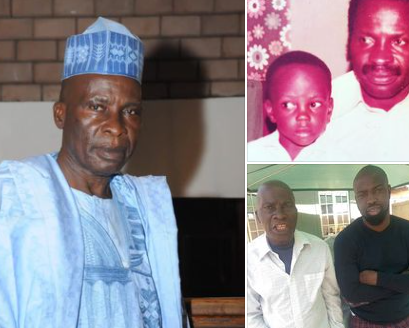 In a post shared on his Facebook page this afternoon, Audu said his father passed away on Tuesday, September 8 at the age of 78.

Audu in the post, paid glowing tribute to his late father.

Man Narrates How LASTMA Officials In Lagos Damaged His Car, Collaborated With Colleagues To Deny It

Idy Enang, a Nigerian man on Twitter, has recounted how officials of the Lagos State Traffic Management Authority damaged his car and refused to take responsibility for their action.

Enang @IdyEnang in a series of tweets, photos and video on Thursday documented his exchange with the LASTMA officials, who were allegedly attempting to intimidate his driver from seeking damages through mob action.

The officers driving an official van with registration number RTM 221 LA involved in the alleged intimidation, which took place at Oba Akran Area of Lagos and are attached to Zone 10 Maryland, are identified as Baderin A, Bakare S, Senior officer Badejoko among others. Enang called on the Lagos State Government to investigate the matter, punish the officers involved and bear the cost of damages for his car. 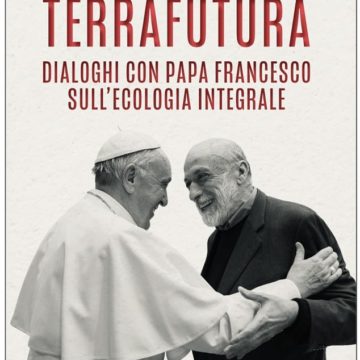 Catholic pontiff, Pope Francis, on Thursday, said that the pleasures of a well-cooked meal or loving sexual intercourse are ‘divine’ in a newly-published book of interviews, Daily Mail of UK reported on Thursday.

He believes they have unjustly fallen victim to ‘overzealousness’ on the part of the Catholic Church in the past. “Pleasure arrives directly from God, it is neither Catholic, nor Christian, nor anything else, it is simply divine,” the Pope told Italian writer, Carlo Petrini. He said there was no place for an ‘overzealous morality’ that denies pleasure, something which he admitted had existed in the church in the past.

The 83-year-old insisted that this was “a wrong interpretation of the Christian message.” “The Church has condemned inhuman, brutish, vulgar pleasure, but has on the other hand always accepted human, simple, moral pleasure,” he said. “The pleasure of eating is there to keep you healthy by eating, just like sexual pleasure is there to make love more beautiful and guarantee the perpetuation of the species.

Details of Buhari’s meeting with six Governors on Thursday revealed

At least six state governors, who are members of the National Food Security Council, were present. They include Atiku Bagudu of Kebbi State, who is also the Vice-Chairman of the council; Babajide Sanwo-Olu of Lagos State; Badaru Abubakar of Jigawa; Simon Lalong of Plateau; Darius Ishaku of Taraba; and Dave Umahi of Ebonyi.

Others are the Central Bank Governor, Godwin Emefiele; Secretary to the Government of the Federation, Boss Mustapha; National Security Adviser, Major General Babagana Monguno (retd.) and some ministers among others. A tweet from Buhari’s verified Twitter handle afterwards, noted that “Food security remains at the forefront of our administration’s agenda.