A 23-year-old popular Master of Ceremony (MC), simply identified as “Thunder”, has reportedly been killed in Aba, the commercial nerve of Abia State.

“Thunder” who was an indigene of Ehime Mbano in Imo State lives with his parents at Omuma area in Aba North Local Government Area of the state.

Unconfirmed reports have it that his killers were members of Aye secret cult group.

This latest murder comes as the nation is experiencing  an upswing in criminal activities, as robbers, cultists and kidnappers have taken over most cities, especially in the aftermath of the #EndSARS protests which led to withdrawal of policemen from most metropolis. Facts emerged on Sunday that a middle-aged man, Nicodemus Nomyange, who set himself and his girlfriend, Shininenge Pam, ablaze did so over the latter’s refusal to marry him.

Nomyange had on Saturday evening visited his girlfriend’s house on Inikpi Street, in the High-Level area of Makurdi, with a gallon of fuel, which he used to set the apartment on fire.

The two lovers died in the inferno.

Former Super Eagles midfielder, Christian Obodo, has spoken after his abduction along the Refinery Road, Warri, Delta State on Sunday.

Speaking after at his release, the former Udinese star who has 21 caps for Nigeria, told Brila FM on Monday that his kidnappers had lost a bet on the Super Eagles.

Recall that Gernot Rohr’s men gave away a four-goal lead against the Leone Stars of Sierra Leone on Sunday as they played out a 4-4 draw in the African Cup of Nations qualifier.

#EndSARS: If I Didn’t Use My Voice, I Will Be A Coward – Wizkid 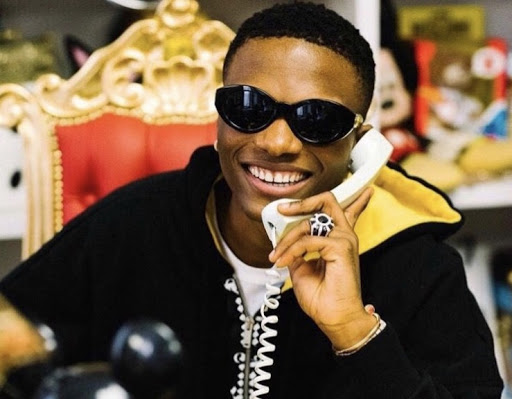 Award-winning Nigerian artiste, Wizkid, born Ayodeji Ibrahim Balogun has opened up on the reason he was actively involved in the #EndSARS Protest.

Speaking in an interview on Capital Xtra’s The Norte Show, the pop singer revealed that he had been a victim of police brutality before fame and stated that it needs to end.

He further added that he would have been a coward if he didn’t speak up.

Nigeria’s Minister of Communications and Digital Economy, Isa Pantami, delved into exercise mode during a retreat on effective service delivery.

The retreat held in the nation’s capital city of Abuja on Monday, November 16, 2020.

Dressed in a traditional attire called agbada with a handwoven cap to match, Pantami did the press-up and the balancing act without breaking a sweat, while basking in the attention.

The Honourable Minister of Communications and Digital Economy, @DrIsaPantami demonstrating to management Staff of the Ministry some exercise tips during the ongoing 2-day retreat. #DigitalNigeria pic.twitter.com/jUUNFRGOvL 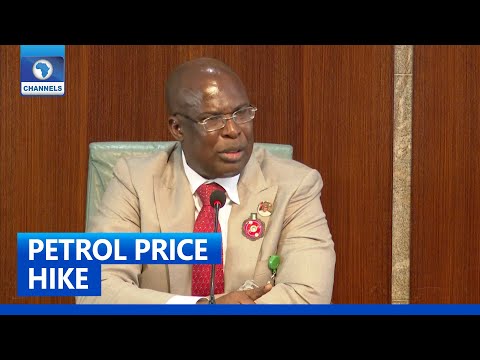 The Federal Government has explained the rationale behind the recent increase in the pump price of Premium Motor Spirit (PMS), also known as petrol.

Mr Timipre Sylva, the Minister of State for Petroleum Resources, said the hike is as a result of the announcement by an American pharmaceutical company, Pfizer, on its recent breakthrough in the fight against the coronavirus (COVID-19) pandemic.

He told State House correspondents on Monday in Abuja that the announcement of a COVID-19 vaccine by Pfizer triggered a slight increase in the price of crude oil in the global market.

“What happened recently was because of the announcement of a vaccine for COVID-19 by Pfizer. With that, crude oil prices went up a little bit,” the minister said after a routine visit to President Muhammadu Buhari at the Aso Villa.

Kidnappers on Sunday abducted a five-year-old boy, Muhmad Tasiu, in Dutse, Jigawa state capital, while using a hijab-wearing woman as a front.

The police in Jigawa confirmed the incident to PREMIUM TIMES, saying that it happened in Galamawa community. The community, which is along the airport road, appears to be more vulnerable to kidnappers in recent times.

PREMIUM TIMES had reported how the wife and son of the state’s vigilante leader were kidnapped and released in the same community following the payment of ransom.

The police spokesperson, Audu Jinjiri, said the police initially received the complaint of the incident as a case of a missing child. However, further investigation revealed it to be a kidnap incident.