The State has discharged UPND Secretary General Patrick Mucheleka and three others on a charge of aggravated robbery. 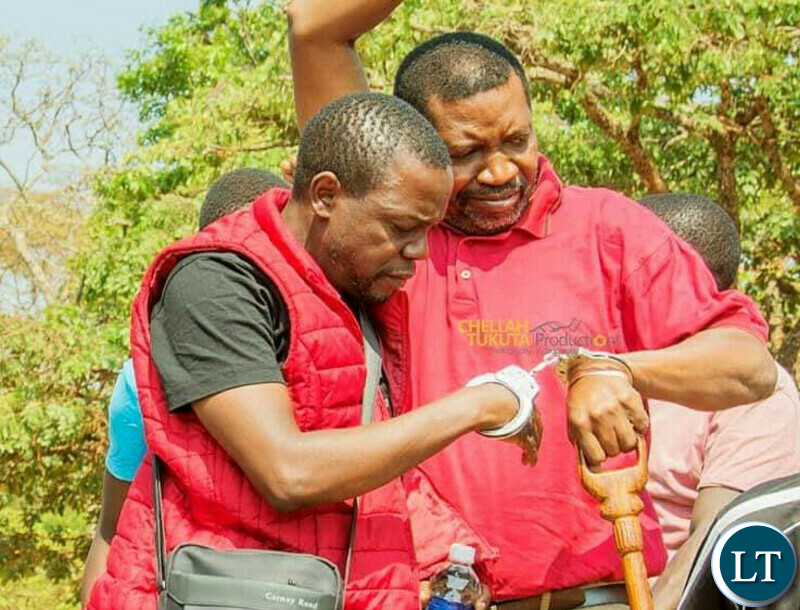 Earlier in the news, the UPND heavily criticized the overzealousness of a police officer towards the handling of Mr Mucheleka and other suspects while they were in custody; On the other hand they allege that PF cadres get treated with kid gloves anytime they are caught on the wrong side of the law.

“To treat Mucheleka like a common criminal by handcuffing him to Mr Mubanga is the gravest of inhuman treatment that can be accorded to a political leader of his calibre.

As a party that is a member of the Optional Protocol to the Convention Against Torture (UNCAT) which provides for strict adherence to international rules and standards for policing and the Standard Minimum Rules for Treatment of Suspects, we expected the police to handle Mr Mucheleka and his co-accused with professionalism.

Therefore, as a suspect, the police should have desisted from any harsh, cruel and degrading treatment, the reason we have been calling for the thorough retraining of law enforcement officers so that the police can be held accountable to Zambians for the gross human rights violations they continue to commit.

PF cadres involved in criminal cases have been handled with so much compassion despite the gravity of the cases involved.”